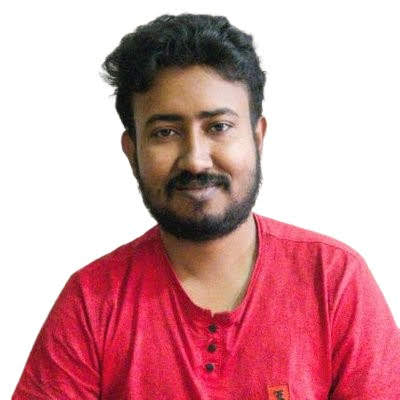 Trying to find my way in the amazing unknown world with so much to unlock.

For last couple of months I am in love with writing Unit Tests. I wasn’t like that. You may say I was adventurous, hardcore and love living dangerous life! But that wasn’t the case, believe me. I was just plain dumb. So how was my life before I started writing Unit Tests?

I was so afraid to refactor my codes. There is a high possibility it may break something else in somewhere that I will not be able to detect soon. But eventually when I will do, it will be very hard to trace why it is broken and fix it. Nobody around me told me to write Unit Tests and few who did, didn’t even write Unit Tests for themselves! It was like Aesob’s The Two Crabs story I read at my childhood.

Although I did some C++ codes in University and attended some Programming Competition where I’ve used C++ for writing code, but I never did Object Oriented Programming with C++. So few months ago I have started learning C++ in my free time. At first I tried to use CMAKE to build. After using it for sometime, I found Bazel. It is faster, more organized and modular.

At first lets look at the folder structure-

We are using GoogleTest as external dependency. Lets look inside our WORKSPACE file-

Here, the dependency is added as a git repository. As a result, when we build the project, it will download the git repository and run the build_file gmock.BUILD to build the GoogleTest library, which we will import in our tests. The content of the gmock.BUILD file is-

This concludes our initial setup of GoogleTest with Bazel. Now we need to add @googletest//:gtest_main as a dependency of our test library, cc_test and import gtest/gtest.h to our unit test file. Example BUILD file tests -

Here the first dependency is cc_library dependency, where we have a Greeting class that have a public method, getGreetingMessage() that return Hello World!.

Building the gradle project is easy. You just need to run-

to build every cc_library and cc_binary of the project. And to run all unit tests just run-

I have created a git repository , which you can clone and use as your starting point. Please feel free to star it if you think my repository helps you.

You May Also Enjoy

Part one: Getting started with asp.net core MVC

This is part one of the tutorial series Zero to Hero in Microservices with dotnet core.

Zero to Hero in Microservices with dotnet core - Introduction

In this series of blog articles, we are going to start from a basic dotnet core MVC application and then improve it to full blown Microservices with state of...

In ASP.NET core 2.1, setting up functional testing project got much easier with the release of Microsoft.AspNetCore.Mvc.Testing nuget package.

Although you can install TaskWarrior from Ubuntu package manager, but it doesn’t have latest version. So you have to download source code and compile it.